I wrote this as kind of a teaser for readers.  This is a scene that does not appear in the book, since the book is written from Miara’s perspective.  This happens near the end, when Detective Martyn needs to get an official statement from John before they can sentence him.  I hope you enjoy.

Detective Martyn lead John through the building in handcuffs. The Police Department didn’t have any humanimals in it yet, so at least twenty suspicious human eyes were turned on him as he walked past to the little whitewashed room in the back.

John sat down in the folding metal chair as Martyn locked the door behind them. He looked up nervously, watching the detective’s reflection in the mirrored wall as he came to the table to unlock the handcuffs. Then he sat across the table, nodded at the mirror, and a little red light began to blink on the black recording device up in the corner behind his head.

John was even more nervous now.

“Tell me everything, John. From the beginning.”

John tried to swallow. “Could I have a drink of water first?” he asked, his eyes barely peeking up at Martyn while he faced the table top with ears laid back against his head.

“Sure,” Martyn replied, his voice compassionate. John couldn’t think of many people in his life that showed compassion; least of all full humans. It made him like the detective.

Detective Martyn walked over to the door where they had entered when he heard a light knock, opened it, and thanked someone behind it before it closed again. Then he returned to the table, handing John a tall plastic cup of cool tap water.

John gulped it down greedily, relishing in the sensation of slaking his thirst and enjoying the extended respite from being questioned.

The cup was empty. He had to speak.

“Badger got my parents early, just after I was born. They were humans that had gotten prostheses and surgeries to appear more animal-like. My father owed a lot of money to a human loan shark, and Badger offered him a job in exchange for paying the man. My mother didn’t gamble, but because of the way she looked, she couldn’t get a good job. She was just along for the ride.”

John straightened himself in the chair, then shrugged out of his black leather coat. If he had to tell this story, he might as well be comfortable. Detective Martyn had pulled out his little note pad and was scribbling notes in pencil while John talked. It made John nervous, but he went on anyway.

“I grew up in a ratty apartment that Badger owned. My mother loved me, and taught me at home as best she could. Badger was against giving any money to humans, so I’m pretty sure we didn’t pay taxes. Like, ever. I’m not stupid, but I’m not very book smart. Once I hit about five years old, Dad started taking me in to work with him. Badger and his goons taught me how to scare people into doing things for you, and how to get money out of people. I worked for him as an errand-boy once I hit ten, and then when I turned fifteen, he gave me a gym membership and told me to start working out. I had to be one of his enforcers.

“I was never really comfortable with it. I mean, it was all that I knew, but Mom had taught me the difference between right and wrong when Dad wasn’t looking. They died when I was seventeen, in an accident. At least that’s what I was told. I don’t think I even want to know if that’s the truth.

“Anyway, I basically just went with Badger or one of his goons when they needed muscle. I grew up strong, and since I wear black all the time, I tend to scare people.” John smiled, his lips revealing a long unbroken line of canine teeth. “Well, that or these did.”

“Tell me about the incident with Arguile.” Detective Martyn kept his eyes on his notepad, and John was thankful not to have to stare him in the eyes while he spoke.

“The ARHP are assholes. Everybody knows that.” John paused while Martyn suppressed a chuckle. “Badger wanted Arguile dead. Fox was his best guy to do that. But Fox was too good, I think. That’s why they made me go along. Fox went in first, found Arguile, and started punching him. I went to the desk to try to find some paperwork for the ARHP, some kind of announcement about them petitioning for anti-humanimal legislation. I heard the scuffle, and I saw Arguile swing his club at Fox. Then Fox gave up on having fun and just shot the guy, point blank. I got scared and said we should leave. It was right by the back door, so Fox got out first. I was right behind him, but that’s when I heard the front door open with clear view right across the house. And that’s when Miara saw me.”

John sunk into his chair again, ashamed. He didn’t want her thinking he was a murderer. He liked her too much.

He wasn’t a murderer.

“Everything else, I think you know,” John finished, a defeated look on his face. “Yes, I kidnapped Miara. But it was the only thing I could think to do! I didn’t want to go to jail forever just so Fox could sit around and shoot the shit with Badger about how dumb I was. I needed her help.”

Detective Martyn sat up straight in his folding chair and placed his pencil down on the table. “I think you got it, pal. You got her help for life now.” His tone was jovial, but the sentiment was comforting.

John’s ears perked up. His tail wagged a little as he smiled. “Yeah,” he said. “I think I do.”

I reached 100 fans on my Facebook page!  The ball is rolling now!  Go check it out and enter the contest I just started 🙂 Amelia Ritner Author Fan Page

I guess it pays to pay attention and complain when necessary.  I fixed the problem on Amazon, and now my book is finally available in paperback!  Kindle too.  Go check out Fuzzy Business now!

I’m working on networking and marketing.  And I just wanted to thank those of you who followed me so far, and explain this: I’m new to WordPress.  So I actually don’t know how to search around for blogs or find others to follow.  I’ll try to figure it out more as I go, but please don’t be offended if I don’t immediately follow you. Thanks!

I’m looking to garner some book reviews for my new novel.  Would any other new authors like to trade off?  I’ll send you a copy of my book, you send me a copy of yours, and we can write honest reviews of the work?  Other suggestions on how to do something similar are also much appreciated.

What are your thoughts on doing a book giveaway? I’m trying to get 100 likes on my FB fan page first so I can get it to a wider audience, though.

I just made up some promotional bookmarks.  I printed a few out on card stock at home on my inkjet printer, but I’m looking for advice on better printing options.  Also, I had to cut them out with scissors because I don’t have a paper cutter.  But hey!  If you want to help out, here is a link to the document: Bookmarks

Print some out, cut them out, and leave them on the counter at your local library or other book establishment.  Thank you so much!

Yay! I created an official blog!  Let’s hope I remember to update it.  You can find me here, or on Facebook and Twitter as well.

I hope you are enjoying my new book, Fuzzy Business. I’ve actually already almost completed its sequel, and am currently on break from that trilogy to work on a revamp of my wonderful fantasy novel.

If you read my book, please write a review! Or you can tell me how much you like or hate me here. 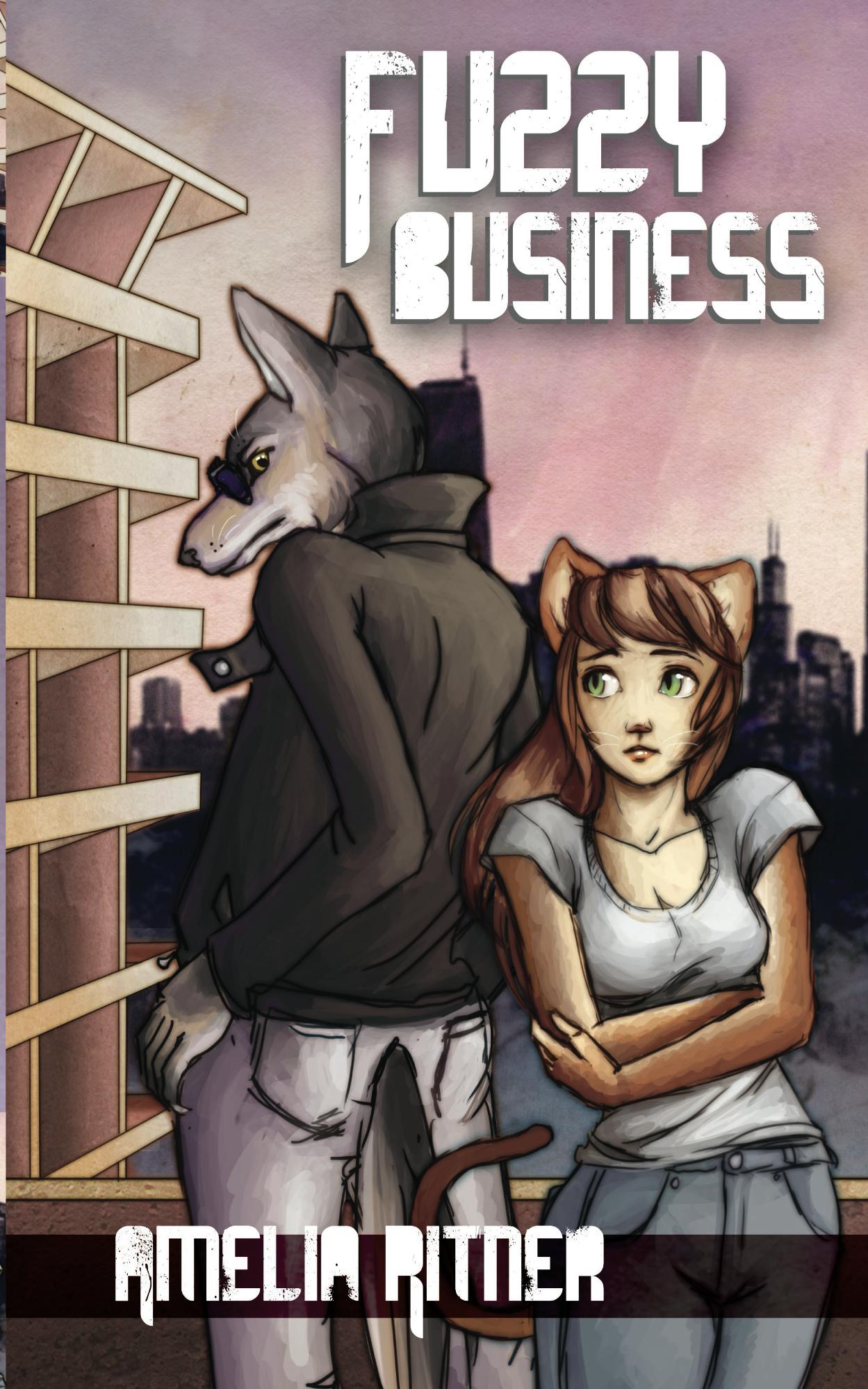 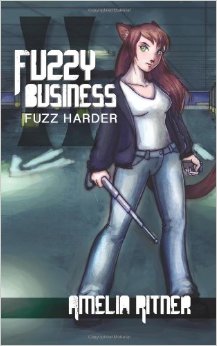 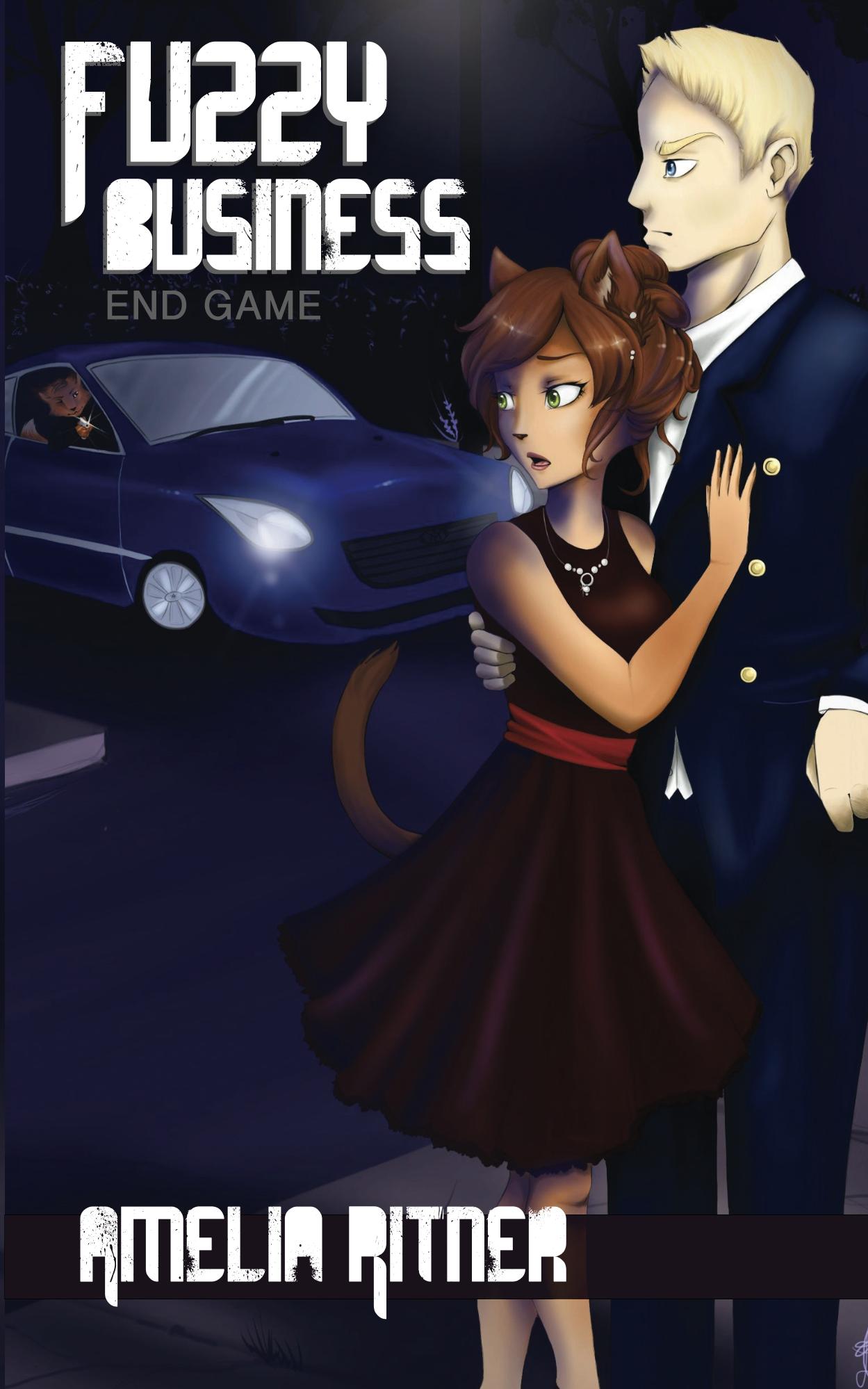 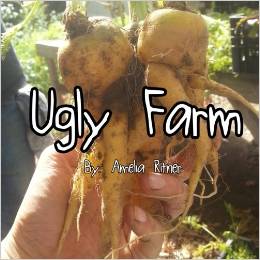 Do you want to sell my book in your store? Please use this form: CreateSpace Direct